However, I wonder how seriously happiness is generally being taken into account. Obviously people do read about happiness, but do these stories have any influence on their lives? Not much, I’m afraid. And perhaps there is ultimately no need, because Finns are actually happy. END_OF_DOCUMENT_TOKEN_TO_BE_REPLACED 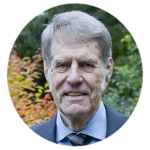